Warning: Parameter 2 to wp_hide_post_Public::query_posts_join() expected to be a reference, value given in /home/customer/www/savoryandsour.com/public_html/wp-includes/class-wp-hook.php on line 308
 Kasseri - Put Down the Feta and Try this Other Tangy Greek Cheese Skip to content 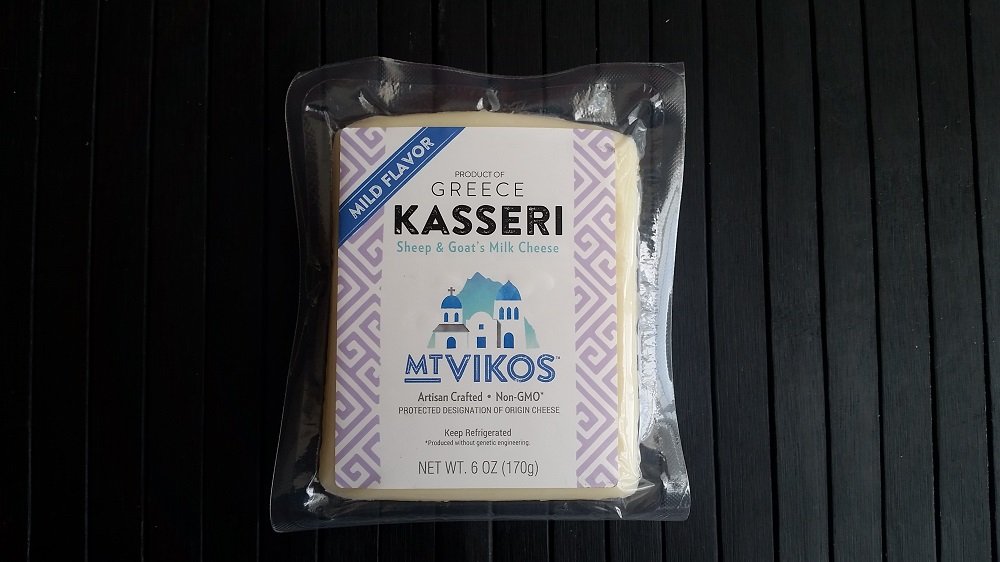 After a couple weeks away from the cheese discovery scene, I hit the local cheese shop (aka Pick N Save) and picked up a couple more. One of these cheeses I grabbed is Kasseri, a Greek cheese made from sheep and goat’s milk.

Kasseri comes from northern Greece. It is traditionally made with only sheep’s milk, but a small amount of goat’s or cow’s milk is sometimes added. The addition of goat’s milk makes it harder than it would otherwise be. It is aged for a minimum of 2 months, and often aged for over 10 months to maximize the flavor [1].

In 1996, Kasseri received protected designation of origin by the European Union, so only certain regions in northern Greece can produce this type of cheese [1].

The Kasseri I bought is made by Mt. Vikos and is only aged 3 to 4 months. Hence, it claims to have a mild flavor. Mt. Vikos explains that this cheese is made by a process similar to that of Feta, except it is not aged in a brine [2]. 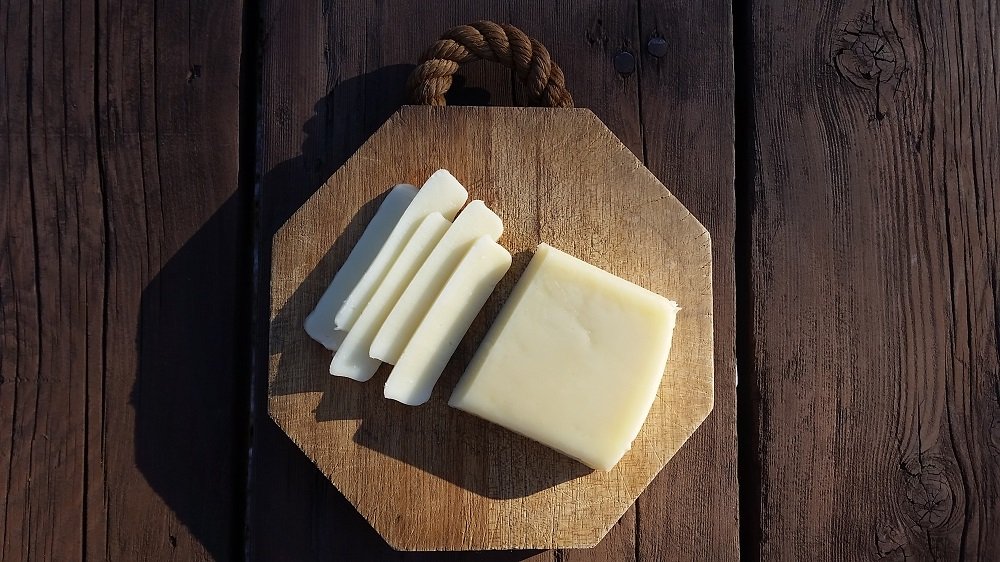 Kasseri has a beautifully balanced flavor. It’s buttery, tangy, salty, and has a quick aftertaste.

The one thing that stands out with this cheese is the texture. It is softer than I expected, and has somewhat of a mealy texture and dry finish. I don’t mean this in a bad way, but it’s just different than other cheeses.

Some pieces you definitely get more of a barnyard taste than other. That complex flavor comes from the sheep’s and goat’s milk and is what makes Kasseri shine. It’s mild enough for most people to enjoy but is complex enough for seasoned cheese enthusiasts to enjoy as well.

Try it fried (“Kasseri Saganaki”) or use it instead of Parmesan in this baked eggplant recipe.

Kasseri is considered “pasta filata”, or stretched-curd cheese, like Mozzarella [1].