Warning: Parameter 2 to wp_hide_post_Public::query_posts_join() expected to be a reference, value given in /home/customer/www/savoryandsour.com/public_html/wp-includes/class-wp-hook.php on line 308
 Venison Jerky Fit for the Oregon Trail - Dehydrator or Oven-Made Skip to content 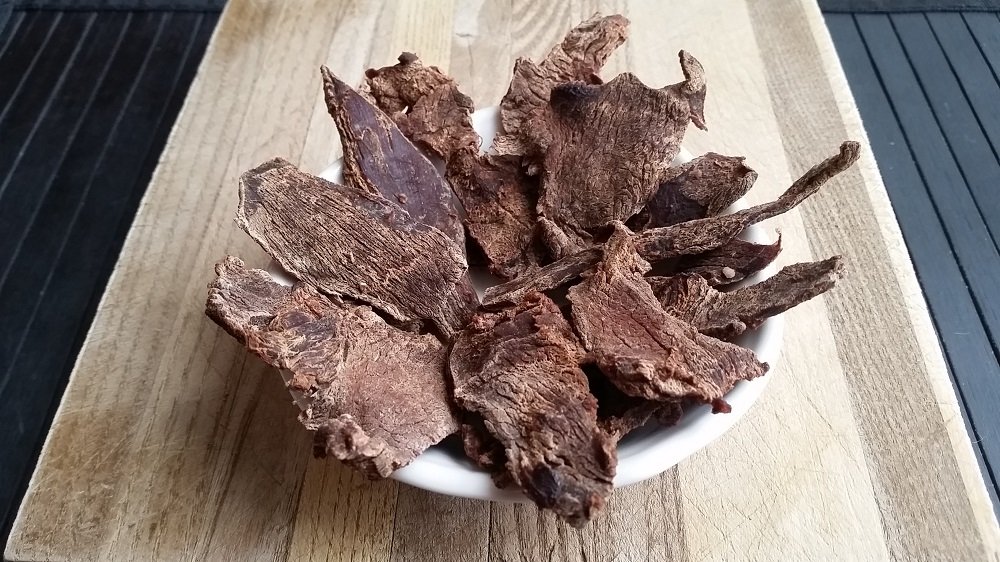 Every time deer hunting season rolls around here in Wisconsin I start thinking about the heaps of venison jerky I could potentially make if the hunt goes right.

Fortunately, the hunt went great this year and I’ve found myself with several pounds of tender, trimmed venison to use.

I like my jerky to be savory, a little sweet, and chewy. Not soft like the store-bought stuff but the way they used to make it. Back in the days when jerky was one of the few foods that could last a wagon trip across the U.S. 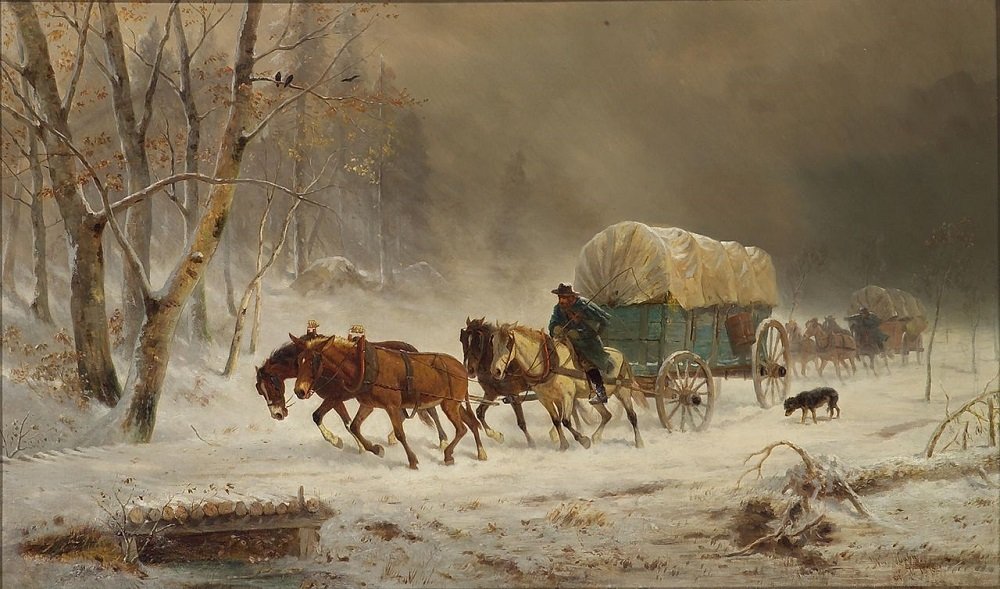 I bet that’s a wagon-full of jerky

This is my tried and true recipe I’ve been using since I started hunting as a kid. Simple and tasty, like jerky should be.

You can use trimmings for this recipe with great results. However, if you want the jerky to be more tender you can use steaks and/or roasts from the higher quality muscle groups like the loin, tenderloin, or round.

Pasteurization isn’t necessary, but it is the best way to get peace of mind and know your venison jerky will not give you a food-borne illness.

It is VERY easy for pieces of meat on a deer to come in contact with bacteria or feces from the deer’s gut and intestines. This is especially true if the colon or intestine gets nicked with a knife when gutting or was damaged from an arrow or gunshot.

Although I admit they are usually over-cautious, this is what the FDA has to say on the matter:

The USDA Meat and Poultry Hotline’s current recommendation for making jerky safely is to heat meat to 160 °F and poultry to 165 °F before the dehydrating process. This step assures that any bacteria present will be destroyed by wet heat. But most dehydrator instructions do not include this step, and a dehydrator may not reach temperatures high enough to heat meat to 160 °F or 165 °F. After heating to 160 °F or 165 °F, maintaining a constant dehydrator temperature of 130 to 140 °F during the drying process is important because (1) the process must be fast enough to dry food before it spoils; and (2) it must remove enough water that microorganisms are unable to grow.

Instead of worrying about it, just heat your jerky to 160°F!

There are a lot of jerky recipes out there that don’t use cure. I’ll admit, I never used it in my jerky until recently. However, the benefits of using nitrites far outweigh the risk you take when you make any meat product that sits outside of the refrigerator for extended periods of time.

In the past I used the common method of marinating the jerky slices in a brine high in salt concentration for a relatively short period of time.

When using this method, you may get your meat salted quickly but it’s almost impossible to control the amount of salt that the meat absorbs.

Because I have high blood pressure, it’s important for me to keep track of my sodium intake.

And since jerky slices are so thin, it really doesn’t take much longer than the traditional method.

This particular recipe (with low sodium soy sauce) results in approximately a 3% salt concentration. This equates to a 1.2% sodium concentration in the finished product. Let’s say you end up with 1 lb of venison jerky. If you eat 1/8 lb per serving, you will get about 30% of your recommended daily intake of sodium. This is almost half of the sodium concentrations in popular store-bought brands of beef jerky.

I tried browning some of my venison jerky before drying and WOW does it make it taste better. Browning adds a whole other level of flavor to the already delicious jerky. If you want to try it, simply forego the pasteurization step and brown both sides of the jerky pieces quickly in a super hot pan. Then, let the dehydrator do the rest!