Warning: Parameter 2 to wp_hide_post_Public::query_posts_join() expected to be a reference, value given in /home/customer/www/savoryandsour.com/public_html/wp-includes/class-wp-hook.php on line 308
 Raclette Cheese - The Stinky, Melty, "Other" Swiss Cheese Skip to content 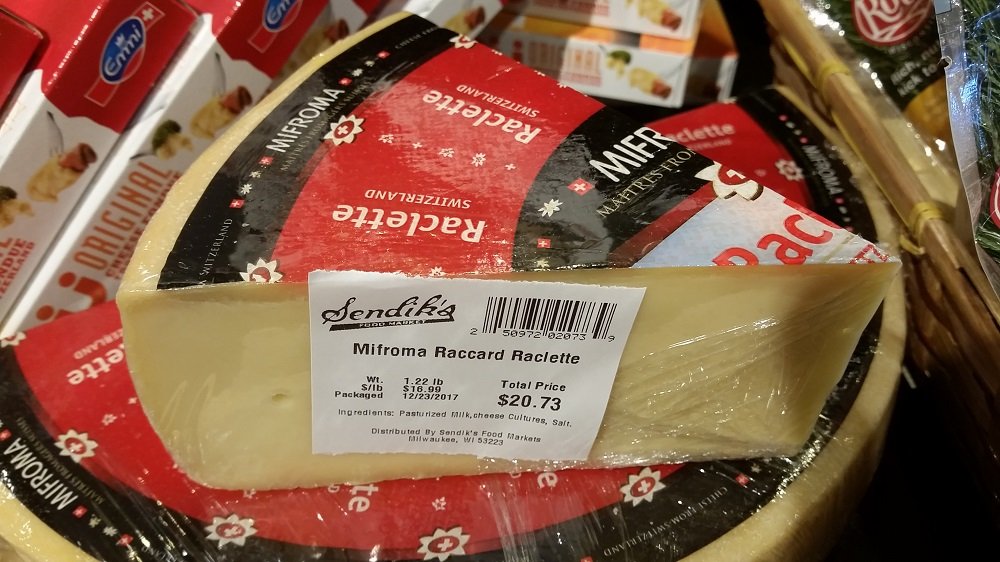 It’s time for another stinky cheese. I need some stank in my life. After my nose drew me to the far corner of the artisan cheese kiosk at Sendik’s, I picked up a small wedge of Mifroma Raccard Raclette cheese.

Raclette cheese is semi-soft and is made from cow’s milk. It is a washed-rind cheese, which is a type of cheese that is moistened with a salt-brine several times during the aging process. This technique allows a hospitable environment for certain bacteria, giving washed-rind cheeses their distinct “stinky” smell and taste.

Its name comes from the French word “racler,” which means to scrape [1]. Often times a wedge of raclette is heated with a flame until a layer of oozy cheese can be scraped off onto an accompanying dish. Here’s a video of this that is sure to make you crave some!

Raclette comes from the mountainous regions of Switzerland and France [1]. It is said to have been first made in the Middle Ages in the Pennine Alps of Valais, Switzerland. Raclette cheese from Valais has received the AOC label (certified designation of origin), although only a small portion of raclette produced comes from the Valais region [2].

The particular raclette that I’m trying this week is made by Mifroma, a dairy products manufacturer based in Switzerland. 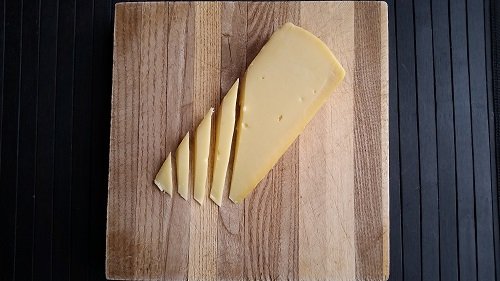 Through the packaging you can smell the barnyard, stinky smell of this cheese. It’s not terrible, but it’s definitely strong.

Raclette cheese has a slight rubbery texture to it, just enough to provide a little resistance when chewing. It is very creamy as well.

You can definitely taste the barnyardiness when eating the cheese cold. It’s a very complex taste, with similar notes to brie.

After melting this cheese though, it’s a totally different story. The cheese becomes much tamer and almost has some fruity notes to it. It almost tastes like a whole new cheese. I can see why this would be so good melted on top of potatoes!

If you like a good stinky cheese with a taste similar to brie, then you will love raclette!

The traditional raclette meal (also called raclette) is a plate of potatoes with a hot, melty layer of raclette cheese blanketing the top. Try this raclette recipe to experience raclette cheese in all its glory!

The Eringer breed of cow is the cow of choice for producing raclette cheese [1].

Stay tuned for next week when I try Marieke Smoked Gouda!