Warning: Parameter 2 to wp_hide_post_Public::query_posts_join() expected to be a reference, value given in /home/customer/www/savoryandsour.com/public_html/wp-includes/class-wp-hook.php on line 308
 Iberico Cheese - A Buttery Spanish Cheese You Will Not Forget Skip to content 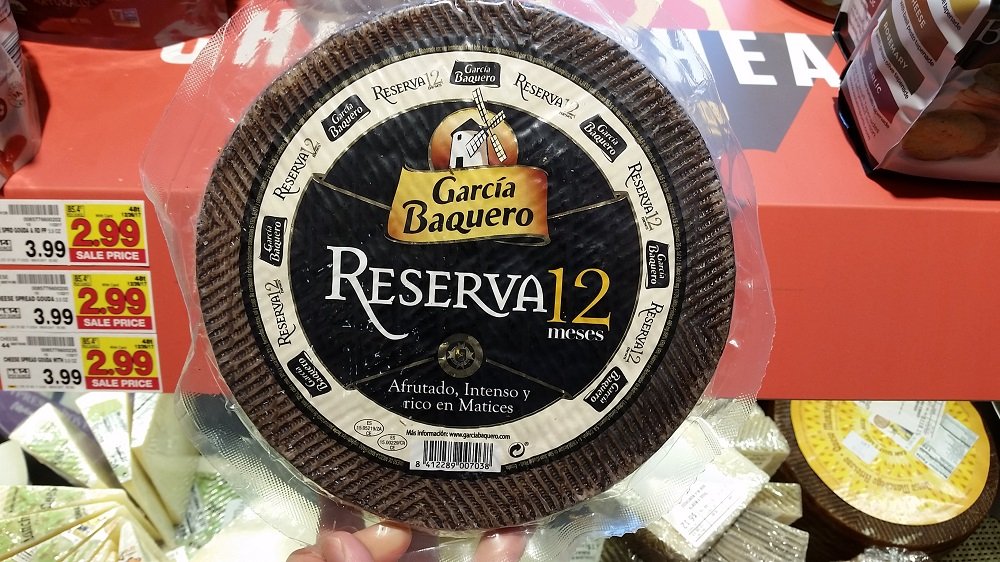 Iberico cheese, a Spanish, blended-milk cheese is what I’ll be trying this week. I found this in the glorious cheese section at Metro Market and figured I’d give it a taste for week 17.

Spanish in origin, Iberico cheese is from the La Mancha region in Spain. Like the Benedictine cheese I tried in week 6, it is made from a blend of sheep’s, goat’s, and cow’s milk. In Spain it is known as “Queso Iberico.”

It’s said to taste similar to Manchego, a cheese made in the same region of Spain, but cheaper.

Honestly, this was the hardest cheese to find an originating story on. I do know that this cheese is named after the Iberian Peninsula, which is what the Greeks used to call the land that Spain and Portugal now occupy [1].

This particular Iberico cheese I’m trying is called “Reserva 12” and is aged 12 months. It is made by Garcia Baquero, which was founded in the La Mancha region of Spain in 1962. 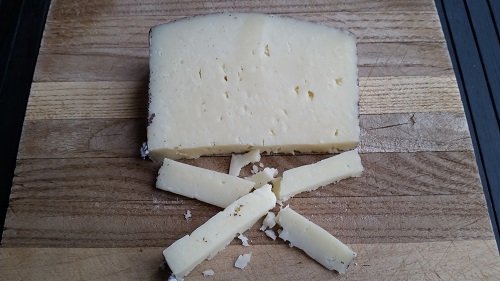 The package says in all caps “DO NOT EAT THE RIND.” Probably because the rind is made of wax.

Iberico cheese smells so good right out of the package. It reminds of a buttery, parmesan smell from a hot bowl of fettucine or cacio e pepe.

This cheese is magically delicious. You really can taste a little piece of the sheep’s, goat’s, and cow’s milk.

It has a very rounded, balanced taste and texture.

Give me some more!

Try Iberico in this Beef Sirloin with Iberico-Mustard Sauce Recipe.

Food – Chorizo or ham tapas, or shredded over omelets and salads

Iberico Reserva 12 has won 3 medals at the World Cheese Awards [2].

Next week I’ll be trying queso Oaxaca, the Mozzarella of Mexico!

[2] About Us. Retreived from http://en.garciabaquero.com/conocenos/compania/premios