Warning: Parameter 2 to wp_hide_post_Public::query_posts_join() expected to be a reference, value given in /home/customer/www/savoryandsour.com/public_html/wp-includes/class-wp-hook.php on line 308
 Mimolette Extra Vieille Looks Like a Cantaloupe and Tastes Like Parmesan Skip to content 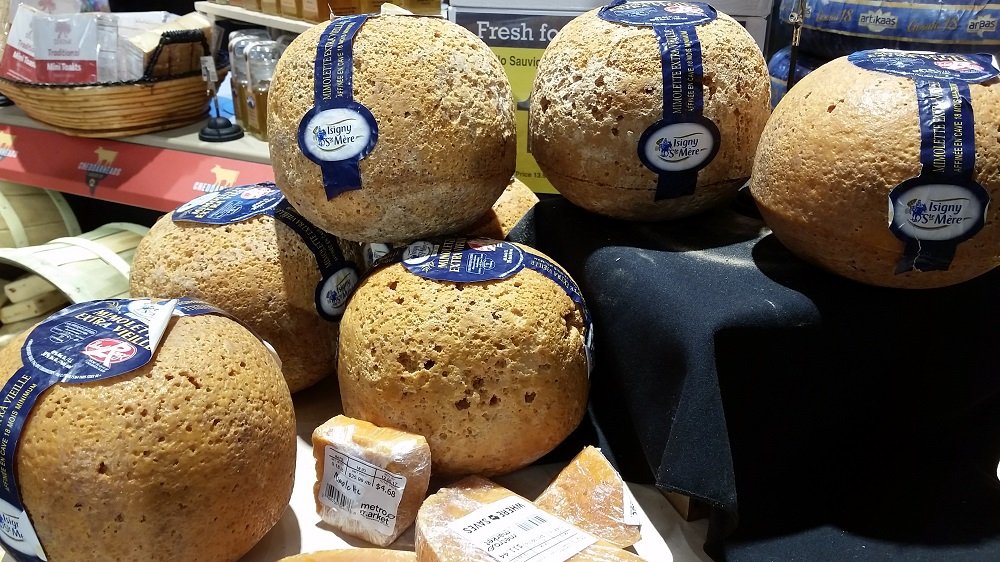 Mimolette looks like a damn cantaloupe melon! This is one of those cheeses that you have to buy just because of how crazy it looks. So that’s what I’m trying this week, Mimolette Extra Vieille (extra aged).

Mimolette is a French cow’s milk cheese. It is also a knockoff of the Dutch cheese, Edam.

French trade with the Netherlands was stopped for a time due to the Franco-Dutch War in the 1670’s. Because of this, there was a shortage of cheese in France, particularly of the beloved Edam [1].

Well the French weren’t having any of that, so the finance minister at the time hired cheesemakers in northern France to create a cheese similar to Edam. To distinguish it from Edam, they made sure to make Mimolette cheese bright orange [1]. 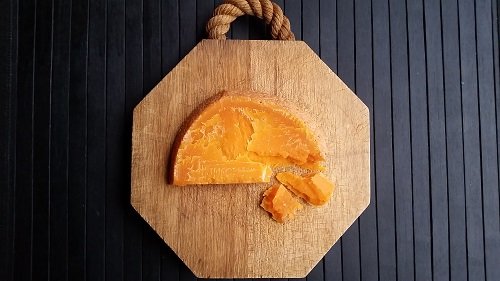 A slice of Mimolette is beautiful. It looks like a slice of fresh cantaloupe with its bold pumpkin-orange color and cratered rind.

It smells slightly earthy but is mostly unremarkable, similar to a mild Parmesan.

The taste is salty and nutty. Overall I’d consider it mild in taste but it is nonetheless delicious.

The texture is what sets it apart from other cheeses for me. It’s kind of dry and waxy, with a pleasantly chewy texture. The rind is extra chewy.

If you like Parmesan, you will like Mimolette Extra Vieille. Although it is good, the taste is definitely overshadowed by its gaudy appearance.

If it wasn’t so ridiculously expensive (like $26/lb) I would probably buy it again!

Food – Grated onto pasta or salads

Mimolette was banned from import to the U.S. in 2013 and 2014 because the cheese mites were considered an allergen [1].

Next week I’ll be trying Iberico cheese, a Spanish cheese made from cow’s, goat’s, and sheep’s milk!