Warning: Parameter 2 to wp_hide_post_Public::query_posts_join() expected to be a reference, value given in /home/customer/www/savoryandsour.com/public_html/wp-includes/class-wp-hook.php on line 308
 Mobay Cheese Review - Cheese a Week #14 Skip to content 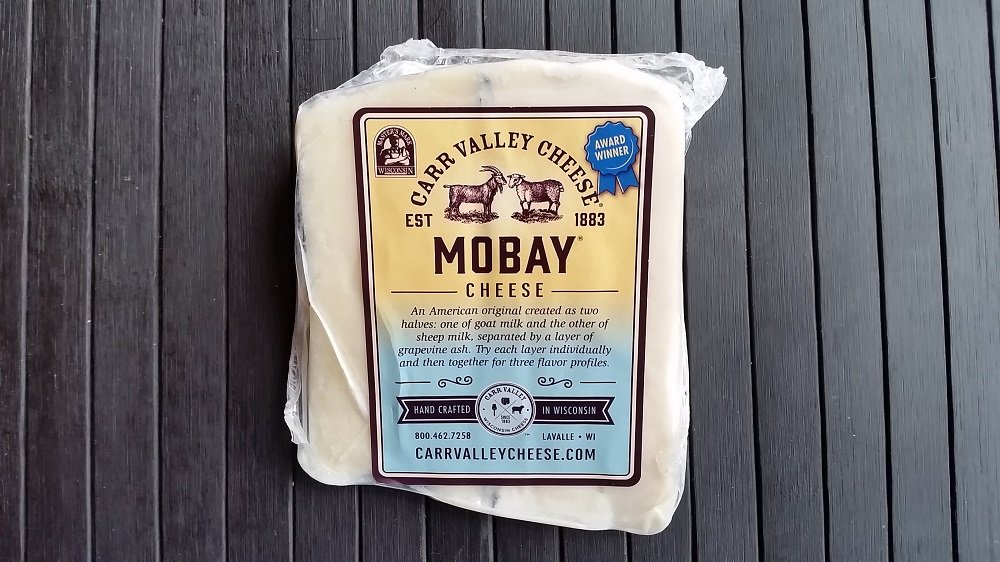 This is an interesting cheese. Mobay cheese is actually two cheeses in one. Half of the wedge is goat’s milk cheese and the other half is made from sheep’s milk. Each side is separated by a thin layer of grape vine ash. You can eat one side or the other or eat them in combination for an even more complex taste.

This is a Carr Valley original cheese, invented by master cheesemaker Sid Cook. It is his take on the French cheese, Morbier. Morbier cheese is traditionally made with cow’s milk. However, it’s the process in which Morbier cheese is made that Sid mimics with his cheese.

Morbier came about as a way to utilize the last bits of curd from a day of cheese making that weren’t quite enough to make a new wheel of cheese. French cheesemakers would put the leftover curds into a mold and sprinkle the top with ash to preserve it until the next day. When they came back in the morning, they would top off the mold with fresh curds from that morning. This would create sort of a two-part cheese, separated by a thin layer of ash. It was then pressed, salted and aged for about 45 days. 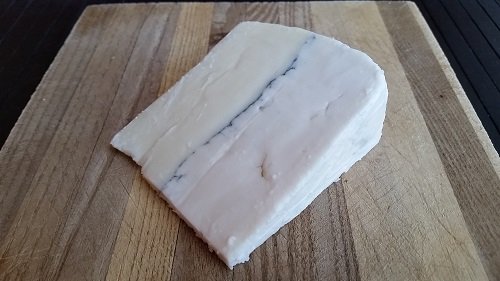 The sheep’s milk side is much richer, creamier, and sweeter. Together they are magical. They balance each other out phenomenally. The richness of the sheep’s milk and the “barnyardiness” of the goat’s milk marry well and produce a very smooth, round flavor.

Mobay cheese is one of the more complex cheeses I’ve had so far and I’m a big fan. This would be great served on a cheese plate if not solely for the fact that it’s made from two different animal’s milk in one. The amazing taste is the cherry on top!

Try this chipotle steak tacos with caramelized onions recipe and replace the goat cheese with mobay cheese for a fancy and bold taco.

Stay tuned for next week when I try Ski Queen Cheese, a fatty, fudge-like cheese from Norway.