Warning: Parameter 2 to wp_hide_post_Public::query_posts_join() expected to be a reference, value given in /home/customer/www/savoryandsour.com/public_html/wp-includes/class-wp-hook.php on line 308
 Smoked Blue Cheese Review - Cheese a Week #12 Skip to content 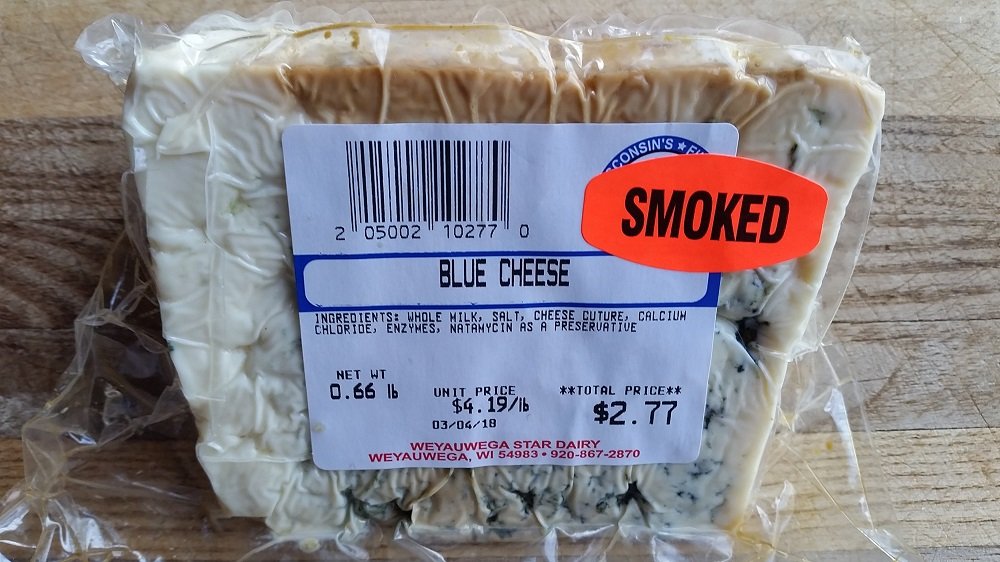 Now we’re getting into some of my favorite cheeses. Blue cheese is at least a top 3 cheese for me, but smoked blue cheese…now this might just be an all-time favorite. I’ve tried smoked cheeses and I’ve tried blue cheeses, but never a combination. I’m excited for this one!

This particular smoked blue cheese is made by Weyauwega Star Dairy, a small dairy and cheese company started in 1975 and located in Weyauwega, WI. They make some great cheese (like the Baby Swiss and Fontina I had in weeks 4 and 2) and are my go-to local cheese shop.

Blue cheese does not have a known specific origin. The most likely guesses are it is from France from sometime around the 7th century.  It was most likely discovered at first by accident when penicillium fungi made its way into left-out cheese. This group of fungi creates the blue/green molds commonly seen in blue cheeses. Nowadays, this fungi is added on purpose during the aging process using a process called needling.

There are many different varieties of blue cheese produced today, including the following classics: 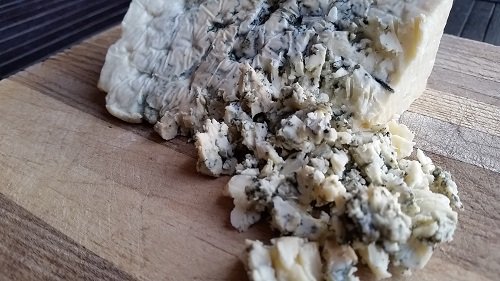 When I first open the package I get a heavy whiff of smoke. It’s followed by that subtle, savory, earthy smell only known to blue cheeses. This smoked blue cheese has the classic blue-green needling weaving its way throughout the wedge but much more concentrated near the center.

After taking a bite, the smoky flavor comes through much more subdued. It starts off salty and bold and ends with a little bit of smoke taste. I love salty foods but this blue cheese is almost too salty. The saltiness almost overpowers the smoky and earthy notes that are much more apparent when just smelling it.

The texture of this cheese is creamy and crumbly, and is somewhat moist. I like this blue but would love it even more if it was slightly less salty so the other flavors could shine through.

In my opinion, there is no better way to utilize the bold piquancy of blue cheese than in a dip served alongside some tangy buffalo wings.

Penicillin, used commonly today as an antibiotic, is from the same group of fungi as the penicillium used to make blue cheeses.

Stay tuned for next week when I try Wensleydale cheese with blueberries, a sweet and creamy British cheese.