Warning: Parameter 2 to wp_hide_post_Public::query_posts_join() expected to be a reference, value given in /home/customer/www/savoryandsour.com/public_html/wp-includes/class-wp-hook.php on line 307
 Juusto Cheese Review - Cheese a Week #8 Skip to content 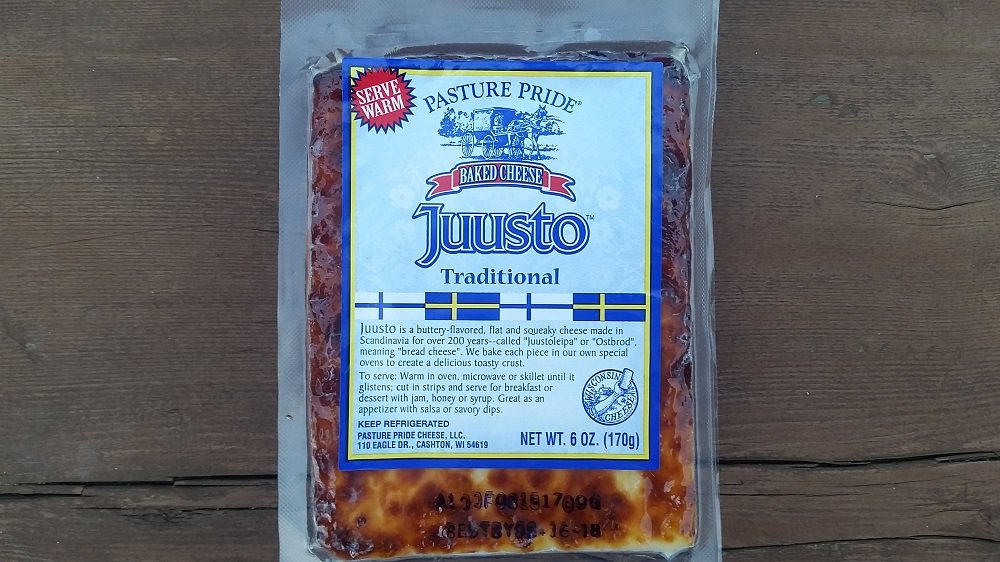 Juusto cheese (pronounced hoosto) is Finnish bread cheese, also called juustoleipä, leipäjuusto, or ostbrod cheese. It is actually baked when it is made which gives the top and bottom a nice caramelized brown color. Originally it was made with reindeer’s milk but now is commonly made with cow’s milk. 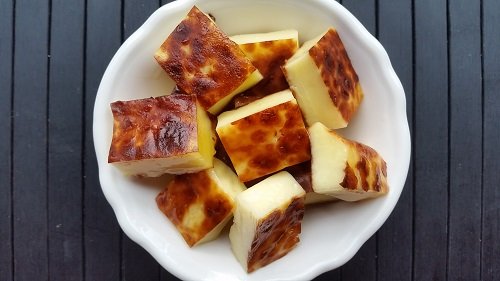 Juusto cheese is a bread cheese, so its firm and flat in shape. It looks kind of like a browned block of tofu out of the package. These browned edges contrast well with the milky white center.

The package recommends heating the cheese before eating. Microwave, grill, stove, or oven all work. I opt for the easiest way and nuke a few slices for 20 seconds. The cheese glistens from the fat and looks amazing.

Juusto cheese tastes salty and overall pretty mild. It has an alluring buttery scent and flavor. It also has an interesting slightly fruity smell and taste that reminds me of syrup. It is actually chewy, which I’ve never experienced with cheese before. It kind of reminds me of the texture of a really thick layer of mozzarella on a pizza. When warm, juusto cheese squeaks between your teeth just like fresh curds. I tried this cheese cold too just to see how it tasted…not great. Heating it up is definitely the best way to bring out the flavors and textures.

Overall, the texture of juusto is interesting enough to buy this again but the flavor to me is just mediocre by itself. With something sweet like a jam or honey though it would be great!

Plain and simple – eat it for breakfast and dunk it in honey, syrup, or jam (or even coffee).

It is said that long ago in Finland, mother’s would offer their homemade juusto cheese to potential marriage prospects of their daughters. If the man complimented the mother on her cheese, she would offer the option to marry her daughter.

Next week I”ll be trying Dubliner cheese, and Irish cheese likened to cheddar and Parmesan!