Warning: Parameter 2 to wp_hide_post_Public::query_posts_join() expected to be a reference, value given in /home/customer/www/savoryandsour.com/public_html/wp-includes/class-wp-hook.php on line 308
 Emmental Cheese Review - Cheese a Week #7 Skip to content 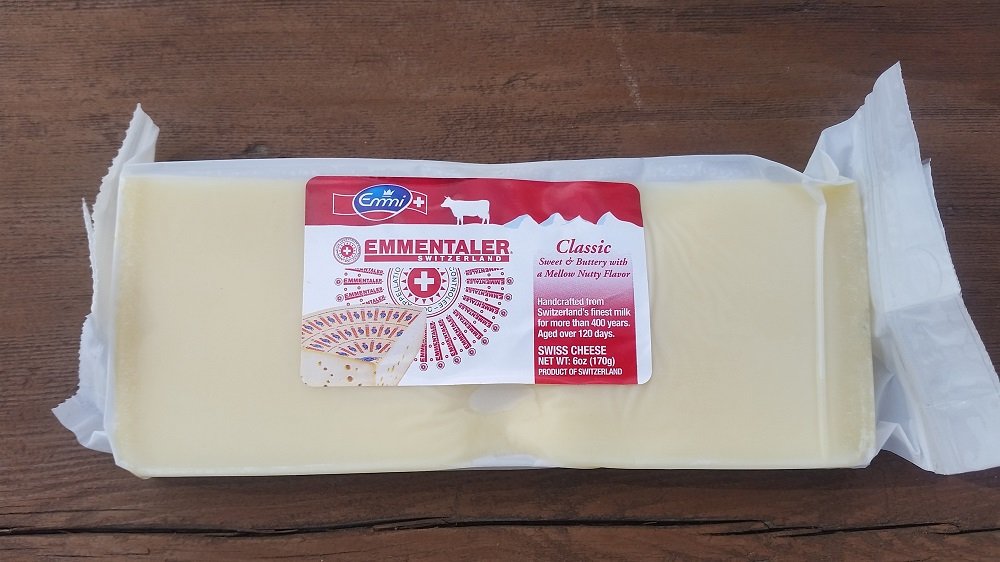 This week I’m trying Emmentaler cheese, also sometimes called Emmental cheese or Emmenthal cheese. I got this one from Pick ‘n Save. Yup, that’s right. This particular Pick ‘n Save has quite a nice selection of artisan cheeses. I guess that’s kind of expected at grocery stores here in Wisconsin though.

Emmental cheese is made from cow’s milk and is a type of Swiss cheese. Emmental cheese gets its name from the Emmental Valley in west central Switzerland, its birthplace. 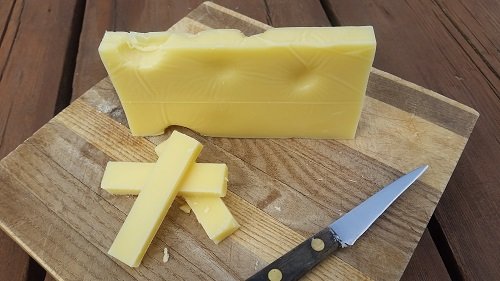 On the package, it says “Sweet and buttery with a mellow, nutty flavor. Handcrafted from Switzerland’s finest milk for more than 400 years. Aged over 120 days.”

Let’s see how it stacks up.

After opening the package, I notice this cheese has a light yellow, almost slightly translucent color. It has large eyes, just like Swiss does.

It tastes slightly drier than Swiss, but it may just be due to the freshness (it was kind of close to the sell by date). But, it does taste “real” as opposed to the super processed generic brand cheeses. I can almost taste the pastures the cows were grazing in the Alps. It is nutty, but not sweet as it says on the label. However, it is not as nutty as the baby Swiss or other Swiss cheeses that I’ve had. Instead, it has a nice mellow finish.

I’d definitely buy this over American Swiss cheese. It has a slightly more complex flavor and I like that.

This cheese melts great and is perfect for the classic cheese fondue recipe made with Emmental and Gruyere. I made a cheese fondue very similar to this last week and it was excellent.

Emmentaler cheese is considered AOP, meaning it has a protected origin. This means if it is labeled as Emmentaler it has to adhere to strict standards, including being made in the Emmental Valley in Switzerland.

Next week I try juusto cheese, also called juustoleipa. It’s a bread cheese that has origins in Finland!