Warning: Parameter 2 to wp_hide_post_Public::query_posts_join() expected to be a reference, value given in /home/customer/www/savoryandsour.com/public_html/wp-includes/class-wp-hook.php on line 308
 Benedictine Cheese Review - Cheese a Week #6 Skip to content 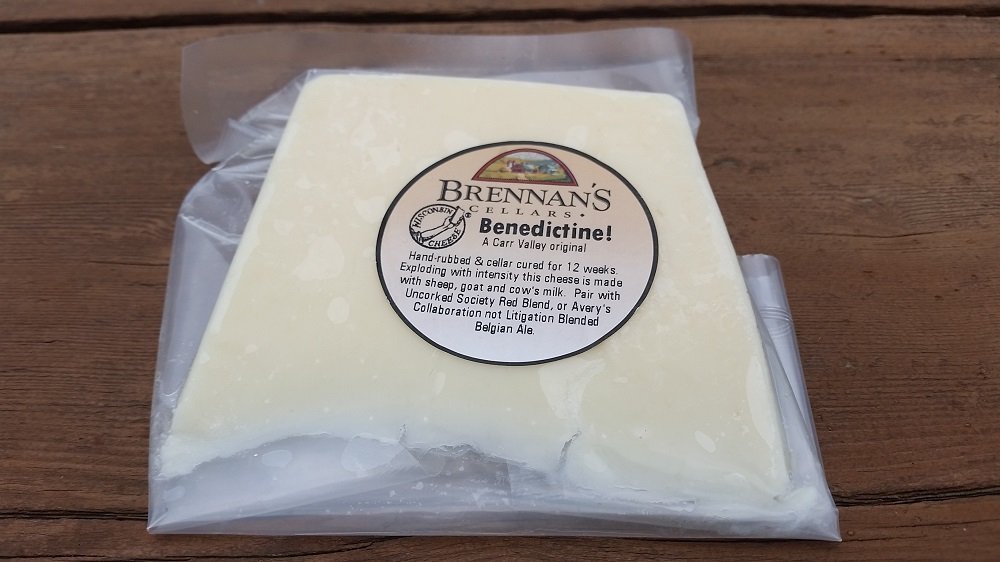 Benedictine! That’s the cheese I’m tasting this week. I have no idea what it is and why it has an exclamation point after it. But, it sounds like its got enthusiasm and I like enthusiastic foods. This is another cheese I bought from the famous Brennan’s Market in Brookfield, WI.

The label says “Hand-rubbed & cellar cured for 12 weeks. Exploding with intensity, this cheese is made with sheep, goat, and cow’s milk.” I don’t think I’ve ever tasted a cheese made with three types of milk so I’m excited to try it.

Benedictine cheese is a Carr Valley original. Carr Valley Cheese began its journey in 1883. It is run by the very experienced Master Cheesemaker Sid Cook. Car Valley has won several national and international awards since opening and now have several factories and stores around the state of Wisconsin. 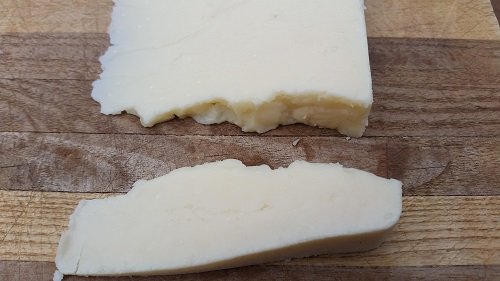 This is a hand-rubbed, washed rind cheese. What does that mean? It means a liquid, such as a brine or alcohol was rubbed on during the aging process. The purpose of this is to create a hospitable environment for certain mold or bacteria to grow on the rind, thus adding (usually a pretty bold) flavor. Gruyère and Limburger are common varieties of washed rind cheeses.

As I open the package, it doesn’t smell as bold as I expected. I get very similar vibes to the BellaVitano I tasted in week 1. This cheese does have a super glossy and moist appearance, and looks slightly fragile and crumbly.

After the first taste, I can definitely taste similarities to the BellaVitano. Sweet and balanced with a crunch from the little calcium crystals scattered throughout. It has a creamy yet somewhat dry texture.  The first piece I ate was from close to the center of the wheel of cheese.

After the second taste, which was closer to the rind, it’s a whole different experience. Here I can taste the effects of the washed rind – a pungent, barnyard type of taste that adds a whole new level of flavor. At first it is slightly off putting, but somehow I want more just because of how interesting a taste it is. It is definitely an acquired taste and one I think I will crave more of in the future.

Benedictine cheese goes from sweet and tame near the center to bold and complex near the rind. It’s super interesting that you can get two distinct flavors from this cheese depending on what piece you eat.

I’d highly recommend this for a cheese board for it’s uniqueness and complexity. I will definitely buy again.

This cheese is great on it’s own, but try it in these Short Rib Crostinis with Cherry Jam (instead of the Cambezola) for an amazing appetizer that will impress anyone.

Stay tuned for next week as I try a variety of Swiss cheese called Emmental.