Warning: Parameter 2 to wp_hide_post_Public::query_posts_join() expected to be a reference, value given in /home/customer/www/savoryandsour.com/public_html/wp-includes/class-wp-hook.php on line 307
 Fontina Cheese Review - Cheese a Week #4 Skip to content 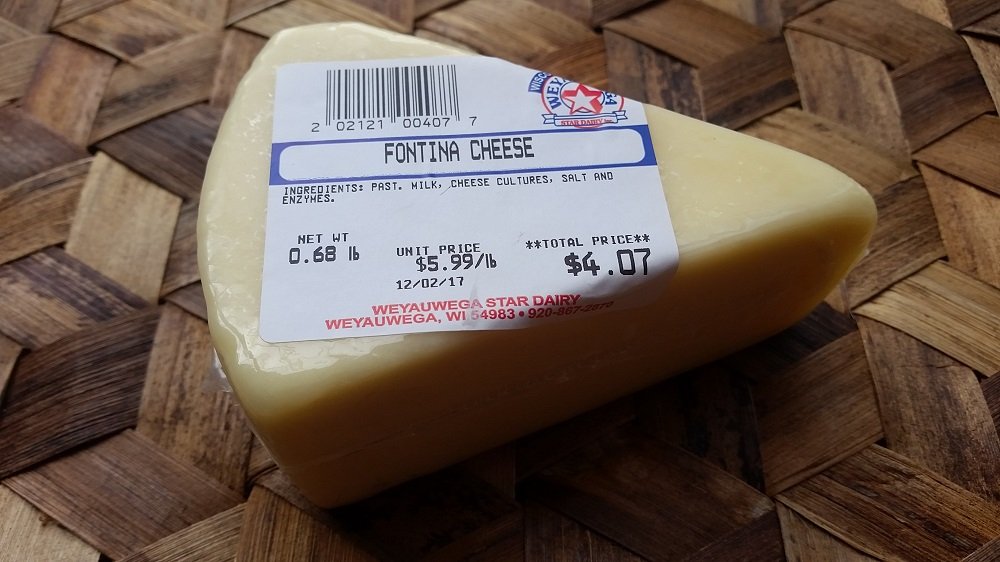 Ok nothing too far off the beaten path this week again…Don’t worry I promise I’ll get into some cheeses you’ve never heard of soon.

This week, though, I’m trying a Fontina cheese also made by Weyauwega Star Dairy. This is the same producer as the Baby Swiss I had in Week 2. They’re located fairly close to me and they make some damn good cheese.

Fontina is originally an Italian cheese first made in the 1400’s. Yea, that’s some old cheese. It is made from cow’s milk and hails from the Val d’Aosta region in the Alps in the north of the country. There’s a Mont Fontin and village called Fontinaz in this area and this is where the cheese gets its name.

This cheese has become popular because of its versatility of being great for cooking and just by itself.

Besides Italian Fontina, there are also Danish and Swedish versions, both of which are usually covered in a red wax. The Italian version usually has a brown rind or is rind-less. The Wisconsin version I bought has no rind. 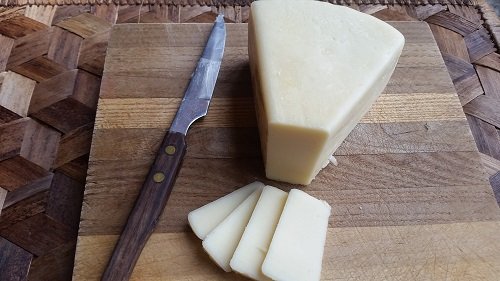 This Weyauwega Fontina is pale yellow in color and glossy on the outside. It feels slightly soft, similar to Swiss cheese. After cutting a few slices I can spot tiny pinholes scattered throughout.

When I first open the packaging, DAMN it’s got a bold aroma. It smells very acidic.

The first bite tells a different story. It’s delicious, I will tell you that. It is very creamy and buttery with a balanced taste. Compared to how it smells, it tastes fairly mild but you definitely can taste the tartness. The finish is super mellow.

I love it. Fontina falls into the category of “I could eat the whole brick in one sitting.” It kind of reminds me of the BellaVitano I tried in Week 1.  Both being Italian cheeses I can definitely taste the similarities.

Fontina is great in fondue’s. Try this Italian Fondue with Pancetta recipe and get your dip on. After all, you can’t really go wrong with Giada.

Fontina’s got a bit of a bite, so it’s best paired with some bitey foods and drinks like these:

Next week I’ll be trying butterkäse cheese from Edelweiss Creamery.