Warning: Parameter 2 to wp_hide_post_Public::query_posts_join() expected to be a reference, value given in /home/customer/www/savoryandsour.com/public_html/wp-includes/class-wp-hook.php on line 307
 Red Onion Cheddar Cheese Review - Cheese a Week #3 Skip to content 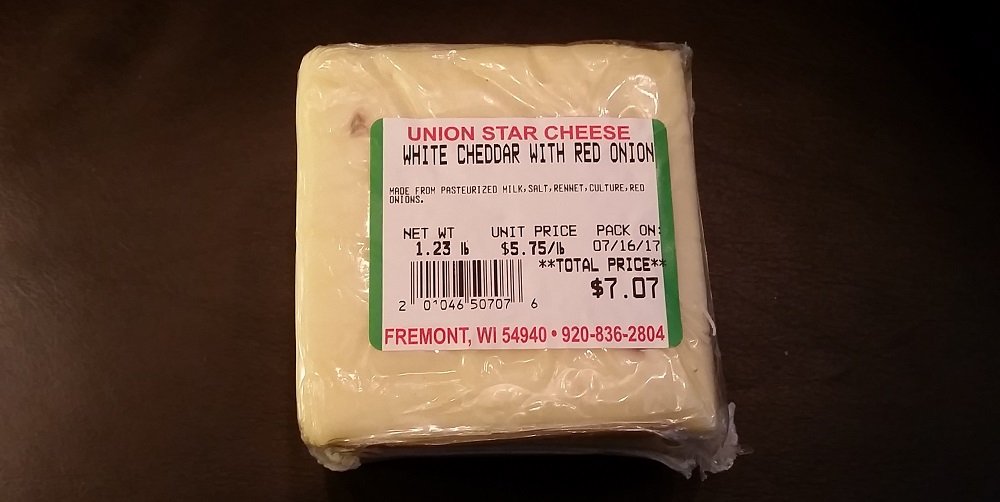 Well it’s not quite as adventurous of a choice as I’d like but the red onion intrigued me. I’ve had many a cheddar in my life and many with different spices and herbs added but never a red onion cheddar. Let’s see how it stacks up.

I bought this red onion cheddar from Union Star Cheese located in Fremont, WI. This place has special significance to me. It’s right on the way up to our family’s cabin and my dad and I would always stop in on our way up. It’s a small facility but they make and sell amazing cheeses. 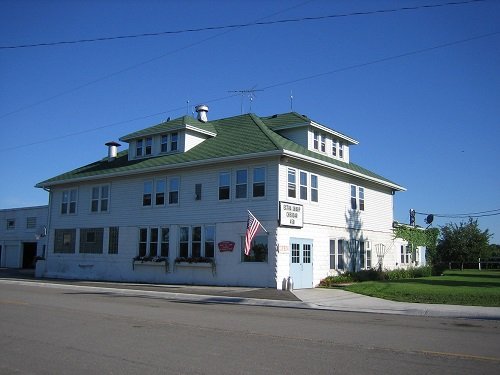 Union Star has a pretty interesting founding story. Essentially, instead of the farmers selling their cow’s milk to local cheesemakers, they realized it would be more lucrative to open their own cheese factory. A factory was built in the early 1900’s and eventually bought out by one of the farmers, Henry Metzig. Since then it’s been handed down through three generations and still remains in the family today.

If you’re ever in the area, you can take a working tour of their facility any day of the week except Wednesday and Sunday. When I took the tour it was led by master cheesemaker Dave Metzig. It was a privilege to talk to him and ask the million questions I had about the cheese making process. 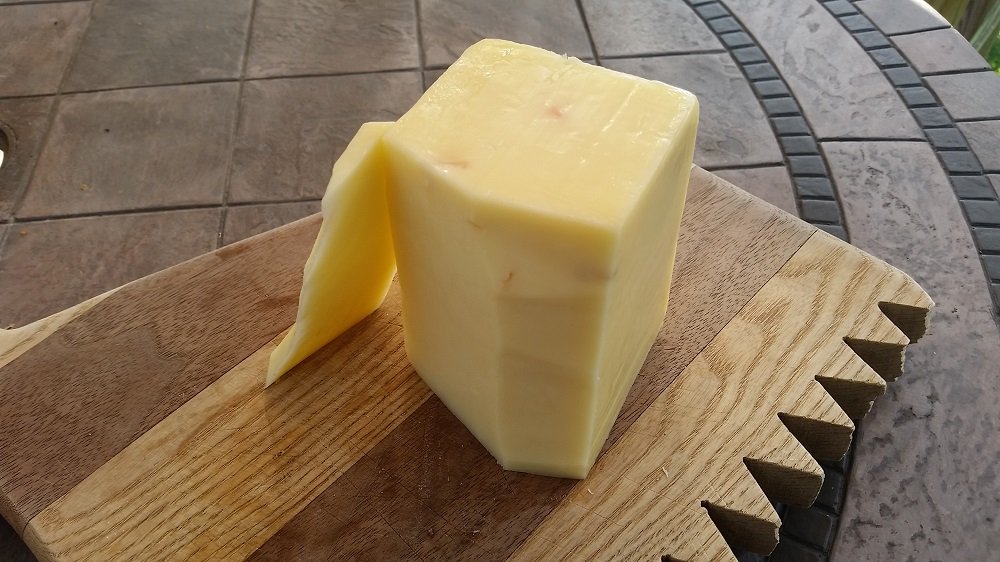 This is a white cheddar, so unlike traditional orange cheddar it is lacking the coloring from the annatto seeds. More on why traditional cheddar is orange here. The outside of this cheese is fairly glossy and it is speckled with small pieces of red onion.

The smell is on point. Like sautéing onions in a fry pan can smell up an entire house, this cheese gives off a similar vibe. There are few better smells than fried onions.

When I take a bite, I immediately get the vibe of eating a freshly grilled cheeseburger on a hot summer day. Of course, with a big slice of red onion sandwiched between the bun and the cheese. You can’t really get any more American than that. And for those of you that put Kraft Singles on your cheeseburgers, STOP THE MADNESS!

This cheese is delicious, unique, and I feel like a freakin’ patriot when I eat it. Crack open a cold beer with this cheese and it will be the best decision you’ve made all year.

The red onion cheddar would be primo on a big juicy burger, as well as any other sandwich that needs a little more pizzazz then regular cheddar.

Here’s an easy recipe for a smoked burger that this cheese would be phenomenal on. 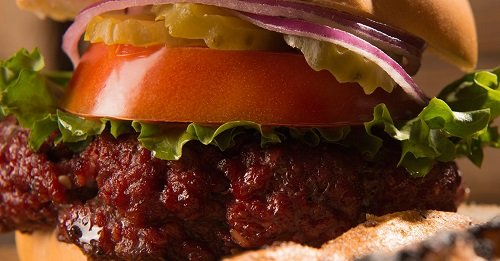 For this bold cheddar, try pairing it with a food, beer, or wine that is similar in intensity. Here are a couple places to start:

Cheddar cheese was originally made in England, and was therefore the first type of cheese that was produced in America way back in the early 1800’s.

Stay tuned for next week when we try good old Fontina!