Warning: Parameter 2 to wp_hide_post_Public::query_posts_join() expected to be a reference, value given in /home/customer/www/savoryandsour.com/public_html/wp-includes/class-wp-hook.php on line 308
 Baby Swiss Cheese Review - Cheese a Week #2 Skip to content 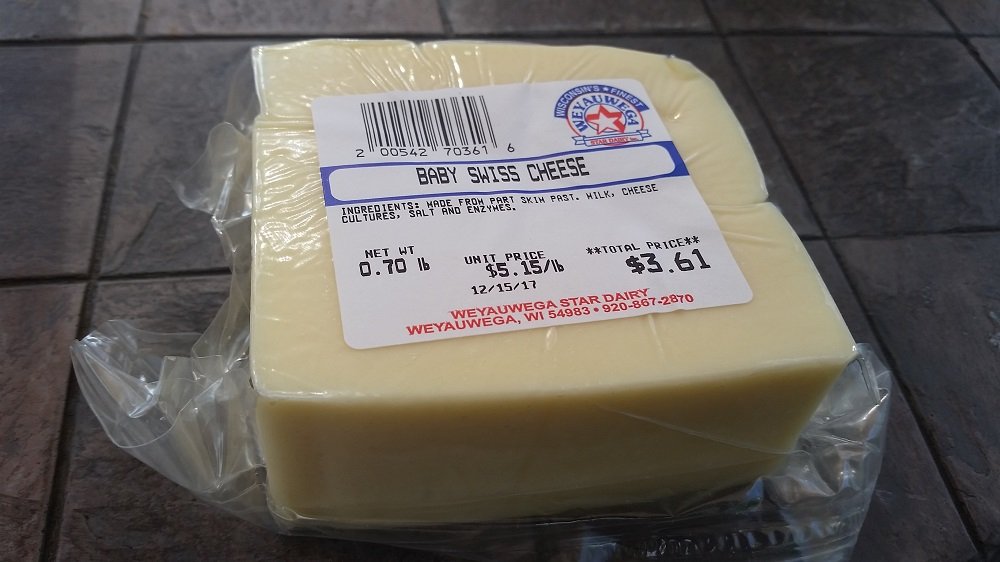 Weyauwega Star Dairy is located in the tiny town of Weyauwega, WI. It has been owned and operated by the Knaus Family since 1975. Fun fact – Jim Knaus made the Guinness Book of World Records in 1995 for making the longest string cheese. It was 1.5 freakin’ miles long! And there’s no doubt Star Dairy makes a great baby Swiss cheese, but where did Baby Swiss originate?

At first glance, this Weyauwega baby Swiss cheese has the same milky white color as regular Swiss but much more glossy due to the higher moisture content. It has little holes scattered about but most of the cheese is solid the whole way through. 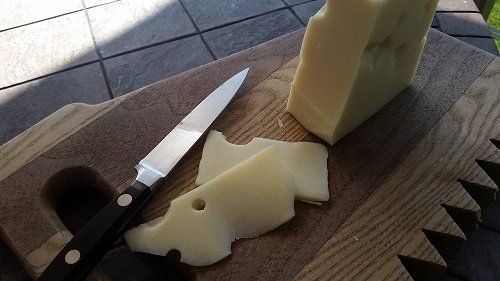 It smells sweet and nutty. It tastes much softer and smoother than regular Swiss. This cheese has a texture similar to mozzarella. It also has a milder, milky taste. It leaves that slightly bitter taste in your mouth, characteristic of Swiss cheese, just like a raw walnut or almond would.

I’m a fan of baby Swiss but I like it best in small doses. It’s just not a cheese that I could eat a whole brick of in one sitting…and believe me, some cheeses I just lose all control.

Due to its high moisture content, Baby Swiss is great for melting. It is often used in sandwiches. A couple slices along with some cheddar would make a bomb grilled cheese.

One of my favorite sandwiches, the Reuben, is a great way to show off this Baby Swiss. Here’s a great Reuben recipe to try.

Baby Swiss pairs nice with the following mellow foods and drinks due to its high moisture content and mild flavor:

The reason there are holes in Swiss cheese is because the bacteria, or starter cultures, used to make this type of cheese consume the lactic acid in the milk by way of lacto-fermentation and then expel carbon dioxide. Essentially, they are bacterial fart bubbles. Bon Appetit!

Next week we try a delicious red onion cheddar.